W01T04 – What are your questions about our Lord?

Wounded Warrior Woman’s Program W01 – Core Desires of a Woman’s Heart W01T04 – What are your questions about our Lord? 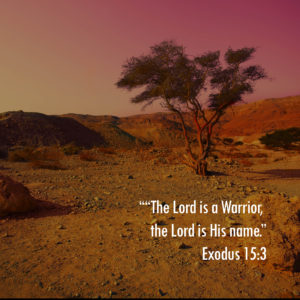 What are your questions about our Lord? The Lord is a warrior, and you bear that image of a warrior God too. This isn’t just for men, because all of us are living in the context of a spiritual war. I know that you have experienced feeling like you are in a battle. Haven’t you? But have you felt like a warrior?

In the movie Two Towers in the LOTR series, there’s a scene when Aragorn sees Eowyn (pronounced A-O-win) practicing with a sword as he is getting ready to lead the armies of Rohan in an impending battle. He asks, “You have some skill with a blade?”

Eowyn displays a sword technique and says fiercely, “We found out a long time ago that those who do not carry swords, can still die upon them.”

That truth still applies today. If you fail to recognize that you are in a spiritual battle, then you are easy prey for the enemy to take out. You must be not only be aware of the context of the spiritual battle you are in, but you must be trained and learn you to deal with your enemy.

You need to embrace this aspect of your heart that God has put in you, and you will see that it has been His intention not to leave anyone exposed and vulnerable, but that He will train you on to be able to fight and be victorious in life’s battles! Look what David wrote in Psalms 144:1:

Previous Topic
Back to Lesson
Next Topic
Facebook Twitter Pinterest linkedin Telegram
Newer W01T05 – What are your questions about our Lord?
Older W01T03 – Who is This Jesus?

Operation Restored Warrior is a nondenominational Christian non-profit 501(c)3 organization funded by the generosity of our partners, individuals and organizations dedicated to the healing and restoration of our veteran warriors who have been negatively impacted by combat.
© 2020 Operation Restored Warrior - All Rights Reserved
Login
Accessing this course requires a login. Please enter your credentials below!
Lost Your Password?